Could our brain experience qualia

Conscious living is important to us. Many would say that awareness is the most important human good. We enjoy the splendid sight of a sunset in winter, the pleasant feelings when we come home, the loving caressing of a hand. Conscious sensations are the core of our being. Without them our life would be much poorer, our world much more boring.

From a scientific point of view, however, the nature of consciousness is still a mystery. Even if we can understand and explain some of its properties quite well, one aspect is still puzzling: the "phenomenal character" of consciousness, i.e. that experiences feel somehow. Or, to use the words of the philosopher Thomas Nagel, the simple "As it is" (see "Briefly explained", p. 61). The University of Rochester biologist H. Allen Orr probably speaks for most researchers when he writes in a recent review of Nagel's book Mind and Cosmos: "I share Nagel's sense of the mystery at this point. The brain and nerve cells are obviously the basis of consciousness, but how these mere objects can lead to the creation of the eerily different phenomenon of subjective experience seems completely incomprehensible. " 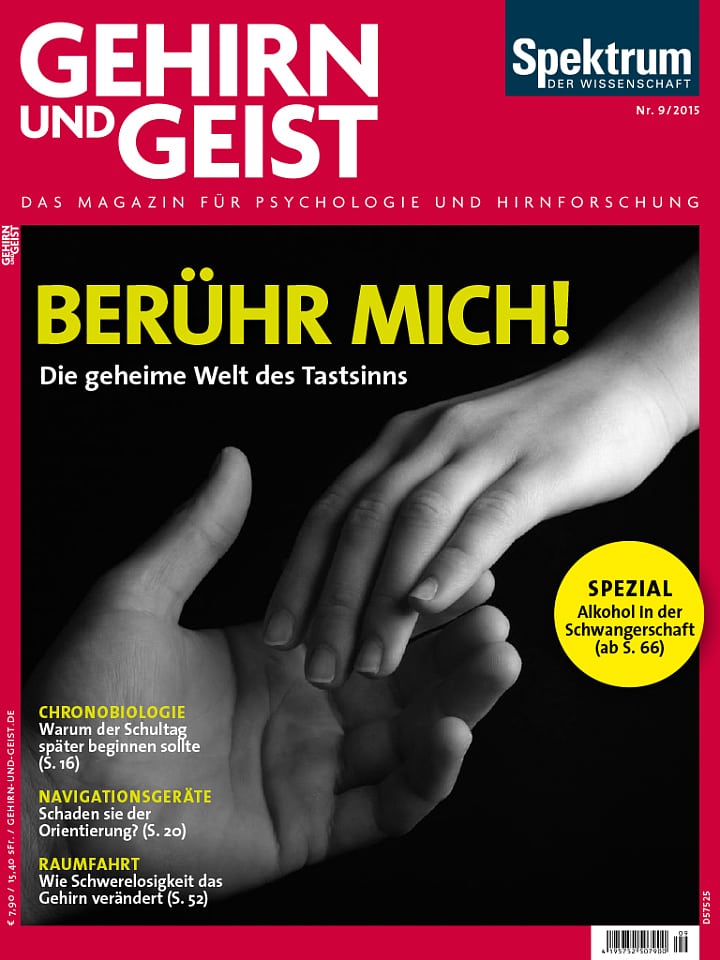 Theorists can be roughly assigned to two schools of thought. Some claim that the indescribable peculiarity of subjective experience can only mean that this non-physical property is woven into the universe as an integral part. Others, including myself, are a little more suspicious. They advocate viewing consciousness more as a kind of magic show in which the physical brain makes people believe in properties that do not actually exist. ...