In which countries is daylight saving time 1

All countries with daylight saving time

Dates for the time change 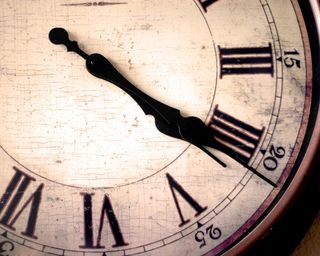 However, this agreement does not exist everywhere. The Brazilians set their clocks to winter time as early as February, while in neighboring Paraguay they wait until the end of March. In nearby Chile, people wait until April or even May.

Winter time is summer time in the southern hemisphere

The changes between summer and winter times are not without controversy. Many countries no longer take part in the time change. Countries near the equator do not need them anyway due to the year-round similar sun position. The real goal of summer time is to make better use of daylight. The effect was particularly noticeable financially when the coffers were empty in the post-war period and during the oil crisis in the 1970s.

The savings effect is now largely disproved. Instead, DST twice a year causes problems for many people. Children in particular need up to a week to adjust their internal clock. Problems also arise in agriculture because, for example, dairy cows can cope with changed milking times even worse than humans.

On the other hand, it has also been proven that more sunlight also produces more vitamins, causes less depression and the bottom line is that people feel more comfortable. In fact, the time change brings us 1 hour more sunlight - if you don't get up late and go to bed early.

The discussions about the pros and cons of the time change take place worldwide. Russia has meanwhile said goodbye to summer time and Turkey has declared it year-round. Other countries have also partially or completely abolished summer time in recent years.

In 2018, the EU Commission carried out an online survey on the abolition of the time change. Around 84% of the 4.6 million participants were in favor of abolishing the time change. However, an overwhelming proportion of the vote came from Germany. As a result, the Commission planned to abolish summer time as early as April 2019. However, after the EU member states considered this time frame to be too short-term, the Commission rowed back. The new date should be March 28, 2021 - however, the European Commission did not manage to agree on a uniform approach in good time.