How to Compare Decimal Places

Note: We'll look at decimal numbers in a moment. These are colloquially called floating point numbers. In the following article we will use both names (but there is no difference).

First, let's take a look at what a decimal is all about. Definition of decimal numbers:

The structure of a decimal number looks like this: 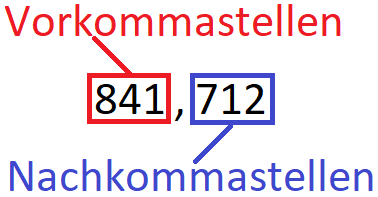 Why do you need such point numbers? Perhaps one or the other still remembers the natural numbers: 1, 2, 3, 4, 5, 6 etc. These were already shown on a number line in elementary school:

But what happens if you don't want to represent 1 or 2, but something in between? If you have more than 2 cakes but less than 3 cakes. So 2 whole cakes, but only half of a third cake. In this case you can use decimal numbers for representation in mathematics. In this case it would be 2.5.

In this section we look at designations for decimal places. More information on basic arithmetic operations and rounding decimal numbers follows. 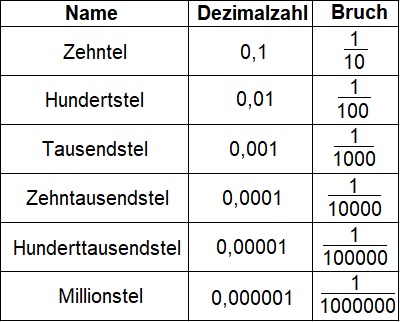 Order the following numbers by size, the smallest number first.

The next video answers these questions:

Questions with answers about decimal numbers

This section deals with typical questions with answers about point numbers.

Q: Can you apply the basic arithmetic operations to decimal numbers?

Q: How do you round decimal numbers to whole numbers?

A: You can learn how to round point numbers by rounding numbers.