How much was destroyed during the crusades 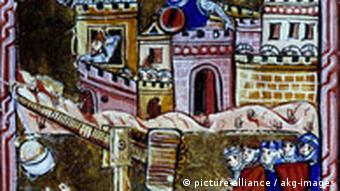 Siege of the city of Antioch (Syria) by the crusaders

As early as 1071 a Christian army lost to Muslim troops in Mantzikert in eastern Anatolia. But the news from the Holy City was apt to arouse papal wrath: after all, it was reported that honorable Christians had been exposed to intolerable harassment of the pagans during their pilgrimage. For Pope Urban II (approx. 1035-1099) the Synod of Clermont in November 1095 was the right moment to call for an "armed pilgrimage" to Jerusalem. The choice of words of the Holy Father left nothing to be desired in terms of clarity:

"They circumcise the Christians and they pour the blood of circumcision on the altar or in the baptismal font. They like to kill others by cutting open their bellies, pulling out one end of their bowels and tying them to a stake. They hunt with blows around the stake until the bowels come out and they fall dead to the ground. You should be touched by the fact that the Holy Sepulcher of our Savior is in the hands of the unclean people, who shamelessly and blasphemously defile the holy places . "

Massacre in the name of the lord 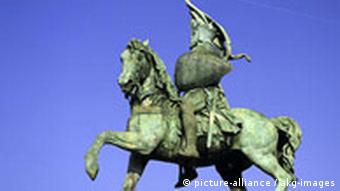 Maybe that was a bit of an exaggeration. It was true, however, that the Muslim rulers charged some kind of entrance fee for Jerusalem. For the Christian pilgrims it was an unbearable condition, made worse by the destruction of holy places, religious figures and monuments in Jerusalem. To put an end to this situation was the purpose of the first crusade, to which around 300,000 European knights set out in 1096 with the prospect of lucrative booty. Pope Urban II strengthened the fighting morale of Christian warriors by offering indulgences for all past and future sins on earth. But even that could not prevent the high toll in blood that the knights with the cross on their armor had to bring before their arrival in Jerusalem. Again and again they were attacked by partisans or involved in fighting by local gangs.

By the beginning of July 1098, the Christian fighters conquered Nicea and Antioch. Via Beirut we went on to Jaffa and Haifa. Godfrey of Bouillon (around 1060-1100) founded the first "crusader state" in Edessa. Three years after leaving, the crusaders arrived in Jerusalem. In July 1099 the battle of the crusader army, which had meanwhile been reduced to 21,000 exhausted knights, began for the holy city. The fortifications were destroyed with rams and throwing machines. The call "God wants it!" They finally stormed Jerusalem on their lips and wreaked a brutal bloodbath there - only a few of the city's residents survived. The holy warriors stylized this massacre to "purify" the city from the unbelievers and then held a procession of thanksgiving. The day cost the lives of 70,000 people. 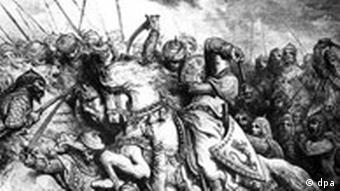 The crusades were bloody

With Gottfried von Bouillon (1060 - 1100) a crusader was appointed "Vogt of the Holy Sepulcher" in the summer of 1099. In addition to Edessa, other crusader states were founded: Little Armenia, the Principality of Antioch, the County of Tripoli and the Kingdom of Jerusalem. This reorganization of the Middle East did not last long because the region was surrounded by powerful Arab states that had watched the goings-on of the Crusaders with anger and indignation: the Emirate of Damascus, the Caliphate of Cairo and the Sultanate of the Seljuks. In the next two centuries they did everything in their power to recapture the territories and thus gave rise to six more crusades, which killed several hundred thousand people by the middle of the 13th century.

In Europe, however, the crusades were an expression of the Christian community that gathered around the cross under papal leadership. A kind of Christian "European community" emerged. That "Universitas Christiana" united Europe over a long period of time. The feeling of togetherness among Europeans, however, was based on the religious rejection of those of different faiths. It was not an identity "with" something, but "against" something.