What are the best fashion-related newsletters 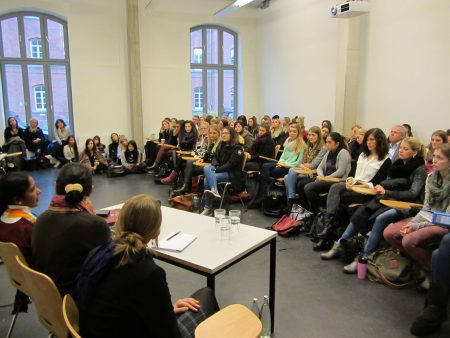 Lecture at the AMD Academy, Düsseldorf on November 18, 2013.
Photo: © FEMNET eV From November 18 to December 2, 2013, the FairSchnitt project by FEMNET eV and two Indian women (Anita Cheria and Maheshwari Murugan) visited a total of eight fashion-related universities to learn about the exploitation of young women and girls in Indian spinning mills and sewing factories to report. The lecture tour - which also included numerous evening events - took the FEMNET team and its guests from North Rhine Westphalia via Saarland, Baden Württemberg, Hesse and Berlin to Lower Saxony.

Anita Cheria and Maheshwari Murugan spoke to the up to 100 students present about the working and living conditions of women in the factories in South India. In the discussion that followed, the two women experienced a great deal of interest and sympathy from the budding fashion designers, fashion managers, textile engineers and fashion journalists. The question of “What can be done?” Was of central importance and the students discussed the role of consumers, companies and governments.

The Indian guests said goodbye to the lecture tour with a lot of confidence in their luggage: The events at the universities showed them that the students deal with the working conditions in the production countries and take their role as future decision-makers in international fashion companies seriously, according to Anita and Maheshwari. This gives them hope that a socially just fashion industry will one day be possible! 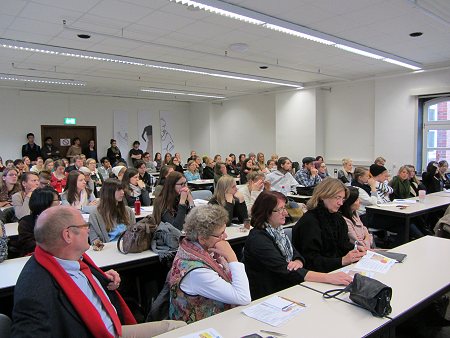 Students and teachers at the Niederrhein University of Applied Sciences on November 19, 2013.
Photo: © FEMNET e.V.