How is the integrity of the Israelis

Despite all of Netanyahu's attempts to obtain immunity, he is now being heard on charges of corruption. The rule of law works well without him. 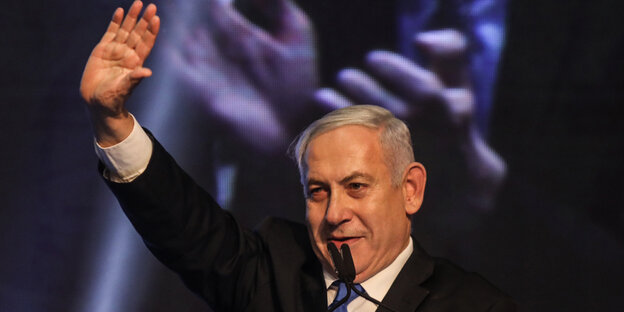 Soon goodbye? The political magician Netanyahu is running out of rabbits that he can conjure up Photo: dpa

Since the investigation into him began in late 2016, Netanyahu has tried to prevent what will happen today: his first hearing in three cases of corruption, breach of trust and fraud. He presents himself as a victim, protests his innocence: "It will be nothing, because there was nothing" has become a popular saying. Instead of responding to the allegations - his lawyers only submitted a page of defense with no significant content - he demanded that the hearing be made public. Attorney General Avichai Mandelblit refused to do so.

What could save him from prosecution is a change in the law that will give him immunity. It will only be possible to get this through if he remains Prime Minister. But many voters have had enough of his corruption affairs: his election campaign maneuvers did not give him the majority he needed.

Rather, the concern that the country could lose democracy has brought the Israelis onto the streets. Since the end of 2016, there have been weekly demonstrations in front of the attorney general's house with slogans such as “Corrupt, go home!” They turned into mass demonstrations on Tel Aviv's boulevard, Rothschild Boulevard, with around 20,000 participants. And those in the police and judicial system from whom Netanyahu had hoped for help were also part of the functioning rule of law. Police President Roni Alscheik recommended - despite an alleged offer to be promoted to head of the domestic intelligence service if Netanyahu remained in office - the indictment against the prime minister. And attorney general Mandelblit invited Netanyahu to a hearing.

It looks like the integrity of the Israeli judicial system and the public may see victory for the time being. It is possible that the “political magician,” as Netanyahu is sometimes called, has run out of rabbits to pull out of his hat.