What are some obsolete university traditions 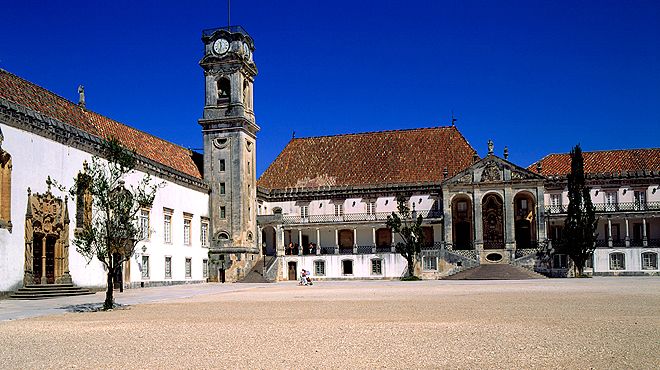 The University of Coimbra, center of intellectual life, is a UNESCO World Heritage Site. It was founded in 1290, making it one of the oldest universities in Europe.

The university was founded in 1290 by D. Dinis under the name "Estudos Gerais", but for a long time it was located partly in Lisbon and partly in Coimbra.
It was not until 1537 that the university found its place at the request of King D. João III. finally their headquarters in Coimbra. Since that time the university has been located in the same building, the medieval Royal Palace, which was acquired in 1597 by the institution of Philip II of Spain as the then King of Portugal.

Theology, medicine and law were studied here until well into the 18th century, later the education was reformed by the Marquês de Pombal and other subjects were introduced. Today the university is made up of seven faculties - humanities, law, medicine, technology, pharmacology, economics, psychology and educational sciences.

The university is privileged on the highest point of the city and has an excellent view of the Mondego River. Overall, the university building is very complex, but is grouped around a central courtyard, which arouses great artistic interest due to its wealth of symbols. The building can be reached through the Porta Férrea, an outstanding work of Mannerism (1634) on which the foundation kings D. Dinis and D. João III. are shown. To the right is Via Latina, a mannerist columned hall from the 18th century, which is reminiscent of the ancient language of science, Latin. If you enter the building through the arcades, you get to the Sala Grande dos Actos and the famous tower. This was built in 1728, can be seen from all over the city and is now Coimbra's ex-libris. The tower has four bells that used to regulate the life of academics and the city. Today the students affectionately call him "Cabra". On the east side we meet the Sala dos Exames Privados, the São Miguel Chapel, the Museum of Church Art and the extremely valuable Joanina Library. On the left side of the Porta Férrea is the College of São Pedro. Finally, here you can also learn about some of the traditions that have been preserved by students over many centuries.