Do you think The Kinks are underestimated

Famous, forgotten, honored, forgotten, but now celebrated as 'pioneers' and 'icons'. The history of the Kinks is representative of that of many bands or musicians of the 1960s. The founding of the combo takes place shortly after the start of the Beatles boom. English bands are in demand, the mixture of rock'n'roll, rebellion and boldness is well received. A notch that The Who and the Rolling Stones hit at the same time. Consisting of band leader Ray Davies (vocals, guitar, piano), his brother Dave Davies (vocals, guitar), bassist Peter Quaife and drummer Mick Avory, their second single is already a hit. "You Really Got Me" was at the top of the charts in 1964, made the Kinks famous and is still one of the most famous songs of the 1960s. "Tired Of Waiting For You," "All Day and All Of The Night" and "Sunny Afternoon," followed in quick succession, displacing "Paperback Writer" from the top of the British hit parade by the Beatles.

By 1967 they brought the number of eight LPs onto the market, which was unusually high even for the 1960s. The varied life in the studio and touring leaves its mark. Ray Davies, who is prone to egomania, falls out with all sorts of people, the band behaves so badly on a US tour in 1965 that they are banned from performing for four years. Davies' songwriting is also moving away from the rough R'n'R of the early days in the direction of conceptual music. Given similar works by the Beach Boys, the Beatles and The Who, the later classics "The Kinks Are The Village Green Preservation Society" (1968) and "Arthur Or The Decline And Fall Of The British Empire" (1969) flop completely and the band is about to end.

In 1970 they suddenly found themselves in the limelight again: The single "Lola" rocked and reached top positions in both Great Britain and the USA. The story of a transvestite told in it meets with open ears at the RCA label, which has signed the spearhead of the emerging glam rock wave with Lou Reed and David Bowie. Davies is now a drug addict, the band's gigs are getting more and more mediocre and the material is becoming increasingly unrealistic. In the following years Davies wrote four musicals, of which only "Soap Opera" will be remembered (a best-of with pieces from this period called "Celluloid Heroes" has also been available on CD since February 2002).

In 1976 they lose their record deal. The Kinks go back to their beginnings and bring out two rocky and successful albums with "Sleepwalker" (1977) and "Misfits" (1978). Unlike most dinosaurs of the 60s and 70s, they are viewed benevolently by the emerging punk movement and are experiencing a minor revival. Ray Davies is also in a relationship with Chrissie Hynde of the Pretenders for three years.

In the first half of the 80s they celebrate their last successes with the singles "Come Dancing" (1983) and "Do It Again" (1984). Her subsequent albums deteriorate more and more in quality and are barely noticed. With the exception of a number of Best Of albums, "To the Bone" (1994) is their last album to date with semi-acoustic versions of their most famous songs.

Then the kinks actually dissolve. The Davies brothers publish their autobiographies ("X-Ray" and "Kink") and poison each other. In addition to Damon Albarn, her big fans include Liam and Noel Gallagher from Oasis. 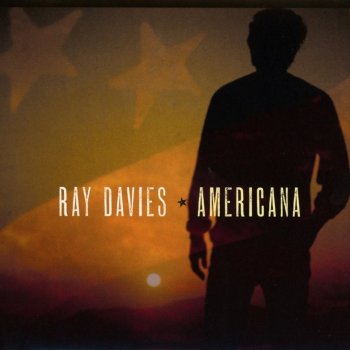 Ray Davies has been touring with "The Storyteller," a live show that combines excerpts from his book with music by the Kinks since the mid-1990s. In January 2002 he stated in an interview that a Kinks album was still contractually pending. But: "I don't just want to make a nostalgic record. I want to get the material together and listen to it first to see whether it is up to date at all." Brother Dave and original drummer Avory would be there. Whether this disc will come to light seems at least questionable, since Dave suffers a stroke in 2004. Although he is slowly recovering, there is no reason to think about appearances.

Ray Davies, who now lives in New Orleans, then digs deeper into the consideration of a solo album. In between there are honors: On New Year's Day 2004, the Queen ennobled the singer with the title "Commander of the British Empire" and only a week later Davies hit the headlines again. When he wanted to protect his companion's bag from a thief while taking a walk in his hometown, the perpetrator shot him in the leg. Slight outcome.

Two years later he finished his solo album "Other People's Lives" and played a few selected concerts in Europe. Too few, however, to advertise his cause: The first solo album of his career only climbed to 48th place in this country and fell far behind in the second week. Still, it's the best chart position for Davies since the 1979 Kinks hit collection "Your Biggest Hits" (fourth place).

"Other People's Lives" consistently continues Davies' storytelling style without being impressed by the early Kinks successes. In America, the audience flocks to his concerts and the master thanks him with new versions of the evergreens "Lola" and "You Really Got Me".