How many people stay in Iran

No light at the end of the Corona tunnel in Iran

"Our morgues no longer have enough capacity to store the many dead," said Resa Karami of the Tehran city administration on Tuesday. Employees at Tehran's Behescht Sahra Central Cemetery have to work in shifts around the clock to wash all corpses before burial in accordance with Islamic regulations, wrap them in shrouds and bury them.

The fourth wave of the corona pandemic has arrived with full force in the metropolis of Tehran. According to estimates, almost a quarter of the 83 million Iranians live in and around the capital. About 100 hospitals in Tehran almost exclusively care for the corona patients. The intensive care units no longer have any free capacity, said Nader Tavakoli, a member of the Iranian Corona crisis team, at the beginning of the week.

The number of new infections rose to over 20,000 daily after the New Year holidays (March 20 to April 2). The test density is low, so that the numbers should be a lot higher. According to official statistics, around 400 people die every day as a result of a Covid 19 infection, almost a third of them in Tehran.

The ten-day partial lockdown, which was imposed after April 10, clashes with people's everyday reality, also due to a lack of digital infrastructures.

Long queues form daily in front of the authorities, who are currently working with reduced staff. For the private sector there are no exceptions to the compulsory attendance. "If you want to work from home, you risk losing your job," says 30-year-old Sara from Tehran. She works for a food company. "I have to be on site and can't work from home. Of course I'm scared."

Members of parliament prescribe a vacation

Many health experts urge that the country urgently needs a strict two-week lockdown. Parliamentarians take this warning seriously. But only for himself. "Because of the increasing number of new infections, the parliament will close for two weeks," announced parliamentary spokesman Ahmad Amirabadi on Monday. Neither parliamentarians nor the government have a long-term plan for dealing with the pandemic.

After repeated announcements about the imminent production of Iranian corona vaccines, President Hassan Rouhani admitted on the sidelines of a cabin meeting last week that vaccination doses produced in the country could, in the best case, be made available from the end of summer. Rouhani invited companies and business people to import corona vaccines from abroad on behalf of the government. 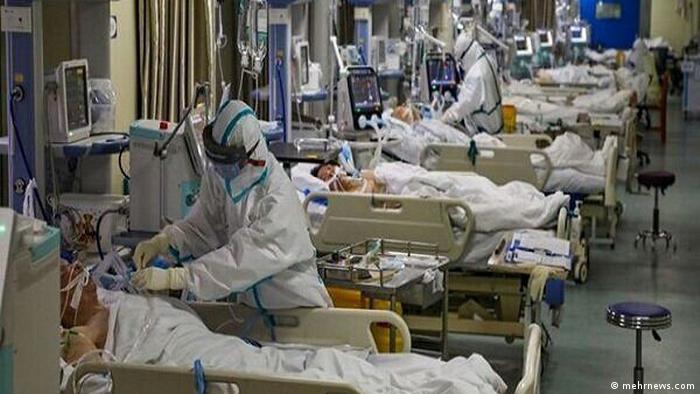 The government itself cannot import corona vaccination doses, said Rohani, because the US sanctions are preventing their imports. The president did not mention the fact that the government was late in buying foreign vaccines.

According to the Iranian media, there is already a flourishing black market for illegally imported corona vaccination doses in Tehran. Many desperate and seriously ill people look for inexpensive vaccine doses on the black market. Depending on the manufacturer, the single dose vaccine is sold for up to 2000 euros, reported the business portal "Tejartnews" last week.

Functionaries can be vaccinated to "build trust"

By April 17, Iran had imported a total of almost 1.9 million vaccine doses, mainly from Russia and India, confirmed the spokesman for the National Corona Crisis Team Alireza Raeisi. The country needs 2.2 million doses just for the first vaccination of the first group, i.e. doctors, nurses, seriously ill and endangered groups such as employees of the cemeteries and garbage disposal, the country needs 2.2 million doses. It is not known how many of the first group have been vaccinated so far. There are no statistics or reports on it.

Last week it became known that in the city of Abadan in southwest Iran the mayor and the Friday preacher were vaccinated on the sidelines of a vaccination appointment for garbage disposal workers. The news triggered a shit storm on social networks.

"We just wanted to build trust so that the valued garbage disposal workers would not be afraid of being vaccinated," the mayor defended himself in a video published on social networks. As a result, numerous witnesses from other cities in the country reported on similar methods of "building trust" by local officials and on their corruption and mismanagement.