How did the band AC DC come about

On the evening of the turn of the year 1973 to 1974 a band was on stage that was supposed to write music history. At the time, AC / DC performed their program of rock'n'roll hit songs from the Rolling Stones, Chuck Berry and the Beatles and some of their own compositions in the Checkers Club in Sydney, Australia. Nobody would have thought that this bunch of bullies should be one of the most influential bands in hard rock in the future.

Malcolm Young founds AC / DC (English abbreviation for Alternating Current / Direct Current) in Sydney. He earns his bread in a company that makes sewing machines. His band at the time (The Underground Velvet) doesn't really suit him anymore. Without further ado he takes his little brother Angus into the new formation. What they both have in common is that they are already fed up with school at 15. At that time, Angus still had to earn his living with jobs as a doorman and typesetter before music became the center of his life. The classic AC / DC line-up - with which they celebrate their first major successes - comes together quite late. Before that, David Evans (vocals), Colin Burgess (drums) and Larry Van Kriedt (bass) operate under the band name - which, by the way, is a creation of Angus and Malcolm's sister.

With this line-up they record a single, which flopps a lot. "Rockin 'In The Parlor" / "Can I Sit Next To You Girl" doesn't get off the ground. Likewise her singer at the time. Without further ado, Evans is thrown out of the band and is replaced by Ronald Belford 'Bon' Scott. This prototype of a rock'n'rollers helps the band on the jumps. His lifestyle and, above all, his clearly ambiguous texts make him the legend he is today. Together with him - but still not with a permanent cast - it goes into the studio to record the groundbreaking "High Voltage" under the direction of the duo George Young and Harry Vanda. George (one of the Young brothers again) and Harry are no longer strangers to the Australian music scene, as both play guitar at Easybeats ("Friday On My Mind").

What finds its way onto the record is pure rock'n'roll. Scott smears his grandiose smoky vocals over the snotty guitars and a powerful rhythm group. With texts about women, drinking and partying, they don't just make friends. Right from the start, they have been a thorn in the side of the conservative Australian establishment and it is not uncommon for them to struggle with performance bans. A little boy in school uniform on the stage, who sometimes stretches his bare buttocks towards the inclined audience, sweeps across the stage like a dervish and a shouter who sings that fathers should lock their virgin daughters away when he goes into town come, are probably not part of the idea of ​​a bourgeois life.

The following time the band spends almost permanently on the road. Every booth - no matter how small - will be rocked and the name AC / DC better known. Support slots for Lou Reed and Deep Purple will follow. With the latter, the AC / DC clique had a solid fight on stage and 20,000 people watched enthusiastically.

In 1975 Mark Evans on bass and drummer Phil Rudd join the band. With them they recorded "TNT", which saw the light of day on February 20, 1976 and immediately rose to number two on the charts. That arouses the attention of the big labels and in the same year AC / DC sign a worldwide contract with Atlantic. In Germany, the first available work is called "High Voltage" and is a cross between the first two Australian discs. In tow of the release, the band is also touring Europe for the first time. There she is misunderstood by the press and, in a funny way, thrown into the punk pot.

But such writings do not prevent the AC / DC virus from spreading over Europe and in the states. With the following output "Dirty Deeds Done Dirt Cheap", AC / DC are among the better-known bands in the business. In 1977 Evans was thrown out of the band and replaced by Cliff Williams. Chart successes in the States with "Let There Be Rock" and "Powerage" follow. After the first live record "If You Want Blood - You’ve Got It", the band takes a little break. 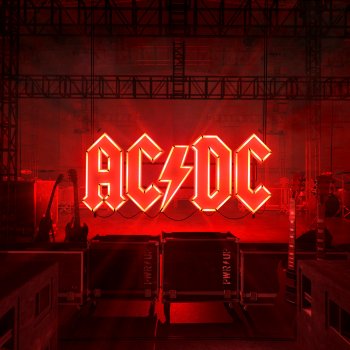 In February 1979, the now well-known rockers set off for the final all-round blow. In London's Roundhouse Studios they start recording "Highway To Hell", which is supposed to help them achieve their worldwide breakthrough, and it is now the Classic in the AC / DC discography. From then on it rained gold all over the world and AC / DC became stars who effortlessly fill large halls. Party everywhere with the five, especially Bon Scott doesn't let a whiskey bottle pass by. On February 19, 1980, Scott dies in London of his own vomit and the now considerable fan crowd is shocked.

The question of whether the band will continue or split up is quickly resolved, because on April 8, 1980 AC / DC presented ex-Geordie frontman Brian Johnson as his successor. Only a few days later they go back to the studio to record almost a tribute album to the late singer with "Back In Black". The contemptuous comments from the press are of course not long in coming, but they don't prevent the disc from becoming a mega-seller. Brian Johnson struggled with the oversized shadow of his late predecessor for a long time until the fan base accepted him.

From "Back In Black" onwards, AC / DC are so established that they can also afford to survive a phase with less good albums. With "Flick Off The Switch" they have to accept a decline in sales figures for the first time, and they've also been in a better creative mood. This period of weakness - if you want to call it that - lasts until 1990. In that year the turbo "The Razor's Edge" ignites and in the course of the single "Thunderstruck" AC / DC are suddenly as hip again as they have not been since the beginning of the eighties. A triumphant tour back and forth across the globe followed and carved the name AC / DC into the history books of rock music for all time. To this day they have influenced countless bands and every now and then make the arenas of the world happy with their presence.

After "Stiff Upper Lip" (2000), however, things got quiet about the Young brothers' band. Except for several DVDs and appearances in the opening act for the Rolling Stones in the summer of 2003, you don't hear much from them. Bon Scott predecessor Dave Evans released his first solo CD "Sinner" in October 2004.

The double DVD "Family Jewels", which will be released in 2005, promises a detailed look back at the band's history. In autumn 2007, "Plug Me In" goes one better: The box with three DVDs contains numerous live performances, promo clips, tour videos, interviews and rare bonus material.

At the end of April 2008, Johnson announced that the brand new studio album, produced by Brendan O'Brien, was in the can and would be mixed by Angus, Malcolm and Mike Fraser. The venue: the warehouse studios in Vancouver, Canada, where "Stiff Upper Lip" was created. "Black Ice", the title of the album, gives the veterans yet another reason to travel the globe and give fans what they are longing for: Rock'n'Roll. As a result, AC / DC sail from one superlative to another, sell out stadiums in series and film them for "Live At River Plate".

In April 2014, rumors began to circulate that AC / DC were breaking up due to Malcolm's illness. It turns out differently: The band announces the 15th studio album "Rock Or Bust" for November at the end of September. At the same time, after more than 40 years, Malcolm quits for health reasons; his nephew Stevie Young is already replacing him in the studio. The end of an era.

And it gets even bigger: In April 2016, AC / DC only has two out of five regular members in the line-up. Drummer Phil Rudd is practically fired in New Zealand in early 2015 due to his drug problems and a death threat charge (he is replaced by Chris Slade again): Basser Cliff reports that before that it was difficult to get him into the studio for the "Rock Or Bust" recordings at all to get.

In March 2016, Brian Johnson suddenly interrupted the current tour for the album: He was threatened with complete loss of his hearing. In mid-April, Angus Young and Cliff Williams announce that they will play the unusual and outstanding concerts with a hard rock celebrity at the microphone: Axl Rose from Guns N 'Roses will step in. That's what you call hard rock history.

2017 will be a difficult year for the AC / DC fan base. The band first lost their long-time mentor and producer George Young in October, before founding member Malcolm Young died in November at the age of only 64.

Many fans assumed that the band was more or less at an end. But already in 2018 rumors were making the rounds that Angus and Co. are back in the studio to record a "Rock Or Bust" successor. Traditionally, one waits in vain for official communications from the AC / DC camp. Rather, the gentlemen go the indirect way and spread the news among the people by means of quotes to radio DJs and fellow musicians. So it turns out that the Australians are playing new songs with material from the late Malcolm. Back on board: Basisst Cliff Williams, singer Brian Johnson and even drummer Phil Rudd are allowed to take part.