Is there a 5G internet connection

5G as a landline alternative for Gigabit Internet

The LTE successor technology 5G has been available in Germany in the first regions since mid-2019. In perspective, 5G is set to revolutionize mobile internet. Extremely high data rates, latency times at fiber optic level (around 1-5 milliseconds) and almost endless application possibilities are in the room. But will 5G possibly again be reserved for cities that are already well supplied? Or is radio technology suitable for finally bringing gigabit internet to the countryside? What options and tariffs are there already? You can find out more about this and more here. 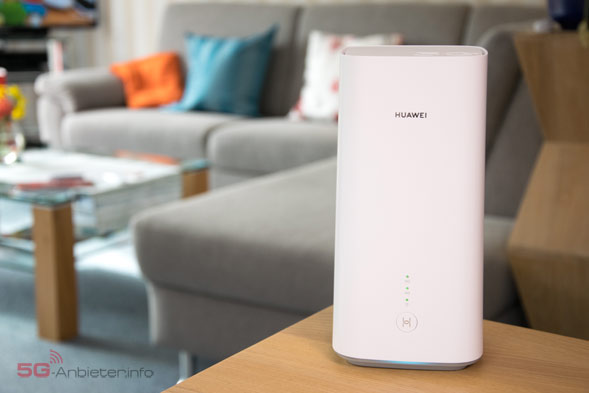 1. Gigabit Internet at home via 5G?

The idea is of course not entirely absurd. After all, today 4G (LTE) also delivers fast, stationary broadband access to almost every corner of the country. Although often still limited in volume, LTE plays an elementary role as a bridge technology in the supply of high-speed Internet. Vodafone (Gigacube), Deutsche Telekom (Speedbox), O2 (HomeSpot) and congstar (Homespot) have long been offering special home tariffs via 4G with data rates of up to 500 Mbit / s. Therefore, the idea suggests that 5G could also be used as an alternative to DSL and thus also deliver gigabit to the furthest village. The good thing: The first tariffs are already available, so all that is needed is better 5G availability ...

Vodafone and Deutsche Telekom entered the 5G era in summer 2019. Right from the start, both companies offer mobile phone tariffs as well as quasi-stationary broadband connections on a 5G basis. That means - the focus is on local use, e.g. in the gazebo, in your own company or at home. Since the supply is realized via mobile radio, the router can, however, be transported to any other location.

Probably the most popular offer comes from Vodafone - the so-called Gigacube tariffs, including the routers of the same name. All three tariffs offered can not only be operated with LTE / 4G, but are also 5G-capable. Mind you, no extra charge! If 5G has already been expanded on site and the router supports the standard (Gigacube 5G alias Huawei CPE Pro 2), you can also surf the latest generation of cellular networks. Currently with up to 1000 Mbit, but the data rate is likely to rise to well over 1 Gbit in the future as soon as more frequencies are available.

You can start ordering here via www.vodafone.de/gigacube from around € 35 per month with 150 GB per month. A full 250 GB is available for 44.95 euros. Those who prefer to surf with twice as much volume instead will find the right alternative in the "Gigacube PRO" tariff. More about the Gigacube tariffs here. 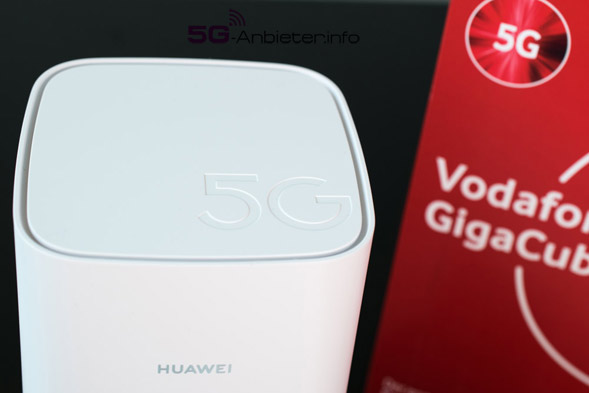 Deutsche Telekom offers a solution similar to Vodafone's Gigacube called "MagentaMobil Speedbox". 5G can be booked as an option for just under € 5 per month. For frequent users, however, the "Speedbox XL" variant should be of particular interest. Because in this package is the data volume Not limited and 5G already included. Comparable to real broadband access via FTTH. The CPE Pro 2 router is also used here. Disadvantage: After all, the offer costs € 74.95 per month. Plus hardware! More about this here in the Telekom tariff overview.

As already briefly mentioned, O2 fixed network also offers replacement access via mobile radio. The "O2 my Home" tariffs introduced at the end of 2020 offer unlimited surfing for as little as € 30 per month. Including landline flat rate, mind you! Until mid-2020, the offer was initially only available with a 4G router. Since then, regions with 5G coverage have not only offered the right 4G home spot router, but also a 5G model. Nothing changes in the basic price, but in the rental fee. Instead of € 4.99 per month for the LTE router, you then have to pay € 20 per month. You can order here at www.o2online.de/homespot, where there are also attractive online discounts. 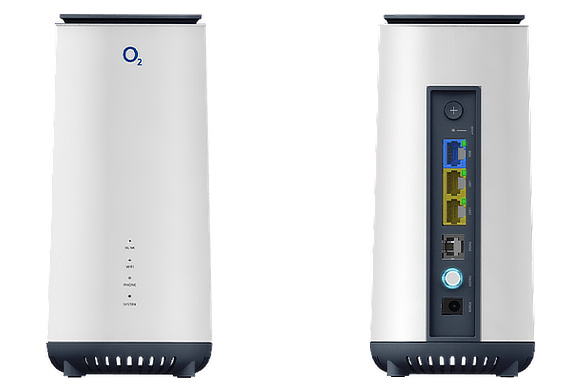 The 5G expansion is still in its infancy and only a few cities or municipalities have been developed. Around 20 percent can already fall back on the new standard. At least this time it should go much faster than the LTE expansion back then. Deutsche Telekom plans to be able to supply a good 75 percent of the population by the end of 2021, while Vodafone is aiming for around 35 percent (approx. 30 million consumers).

Both providers are working at the same time to quickly conquer rural areas with 5G. The so-called dynamic spectrum sharing technology and operation on high-range frequencies, such as 700 MHz (Vodafone) or 2.1 GHz (Telekom), help. Only the maximum data rate will be significantly lower than in the city with this expansion method. In the medium term, at best, around 200-300 Mbit will probably be possible with rural 5G. Compared to slow DSL under 16 Mbit, however, an immense improvement ...

However, there are some hurdles to overcome for the expansion in the area. We have summarized the four most important factors below.

In order to introduce LTE, the mobile network providers that participated in the auction of the radio frequencies were subject to conditions. In such a way, first of all to supply the rural area with a certain quota before it goes to the lucrative city areas. These specifications are missing this time. The conditions for the 5G auction only stipulated that a good 1000 cell phone stations would have to be built in rural areas by the end of 2022. That should hardly be enough for 1/3. The remaining requirements are technology-neutral, so they can also be implemented via 4G. Without compulsory expansion, individual providers could be inclined to initially only supply the fillet pieces with 5G, i.e. all large cities. At the moment it looks as if, for example, O2 is planning to do just that.

The second obstacle concerns the targeted useful frequencies. LTE in the countryside could only be a success, as a band with far-reaching frequencies is available for this. As with LTE with 800 MHz (at that time the digital dividend).

A range at 700 MHz is currently the most suitable for 5G. Otherwise, only bands at 2 and 3.6 GHz are currently available, which were auctioned in June 2019. The latter, in particular, are completely unsuitable for expanding the Internet via radio, as the cell range here is well below 1 km, while areas of 10-15 km can also be illuminated with 800 or 700 MHz. In fact, Vodafone has been rolling out 5G at 700 MHz since mid-2020. One of the most important stumbling blocks for 5G in rural areas, however, is likely to be the inadequate fiber optic supply in this country. Unfortunately, the fiber infrastructure in Germany still has the character of a developing country. Politicians don't seem to be in a hurry to set the course here either. Without a high-performance connection of all cell phone masts with fiber optics to the core network, the best radio technology is unfortunately of no use. After all, the resulting data must also be passed on from the mast. Only an acceleration of the fiber optic expansion is therefore accompanied by high-performance 5G coverage in the area. A fact that the Gigabit Symposium in 2018 once again made clear.

As is so often the case in life, the expected costs initially speak against the rapid spread of 5G outside of the cities. The mobile network providers have again put several billion euros (6.6 billion) on the table for the 5G licenses. Money that is now missing for the network expansion. The connection of a few hundred customers with expensive upgrades to the radio masts will hardly be worthwhile for a long time. Therefore, there will initially only be a kind of pseudo 5G (non standalone) in the area for a long time. In practice, 5G is "superimposed" on LTE and the radio frequencies are even used jointly via DSS. In this way, the 5th generation is spreading faster - but the possible performance advantages remain very marginal ...

Experts from politics and business are also rather skeptical about nationwide 5G. "The simple promise of nationwide 5G - everywhere, for everyone - is neither needs-based nor realistically financed", says Prof. Dr. Helge Braun, the head of the Federal Chancellery, at the UdL Digital Talk at the Telefónica BASECAMP in Berlin in September 2018. Deutsche Telekom itself also initially expressed other plans on the LTE-Anbieter.info portal. For example, "[...] at the start of the commercial introduction of 5G 2020 ... the focus is on urban space ...".

5G Fixed Wireless Access as another bearer of hope

There is another glimmer of hope that the dream of super-fast internet for everyone via 5G does not have to be completely buried. As early as mid-2018, O2 and Samsung were jointly testing so-called “5G Fixed Wireless Access” (FWA) in Germany. Special hardware and software should enable gigabit data rates over the so-called “last mile”. This would enable households to be connected inexpensively without expensive fiber optic cables. In the first practical tests, O2 has been testing in Hamburg since 2019 whether the technology has the potential for a mass rollout. But Deutsche Telekom is also planning to use FWA for area coverage with gigabit Internet.

First of all, it has to be shown how the expansion of 5G is really progressing in precarious regions as promised and whether there are any significant advantages in the use of narrowband ranges (at 700 MHz and 2.1 GHz) including dynamic spectrum sharing. Rather, LTE could continue to gain importance as a basis. The offers and tariffs are not only becoming more numerous, but also getting better and better. In any case, LTE radio still has a lot of potential, even for connections with over 1 GBit. It is only important that the providers continue to turn the screw for the data volume contained. Tariffs with 250 GB or even unlimited, such as Vodafone's Gigacube, are a good start, for example.